The new roundabout being built on the main A41 road at Westcott, which will pave the way for further expansion at the nearby business park, has been opened temporarily to traffic.

The interim layout of the £2 million roundabout allows through traffic at a reduced speed of 40mph, while it awaits completion in the early autumn.

For the next two months construction work will be confined to the grounds of Westcott Venture Park, to create a new feeder road to link to the roundabout's fourth arm and a temporary diversion for Westcott High Street traffic..

From Monday 10 August work starts on realigning Westcott High Street and linking it to the roundabout to complete the construction. Traffic to and from Westcott will use the diversion and temporary lights will control traffic 24 hours-a-day.

Buckinghamshire Council's Cabinet Member for Transport, Nick Naylor, said the roundabout, which replaces a T-junction, not only aimed to make access to Westcott High Street safer, but also provide a new dedicated access to Westcott Venture Park, one of three sites in Aylesbury Vale's Enterprise Zone, which specialises in high-tech research, development and testing in satellite and future propulsion systems.

“With the roundabout in place and increased capacity at the junction by the end of the year, I'm sure it'll open up opportunities for this world-leading enterprise zone,” said Nick.

"This is an excellent demonstration of great partnership working and, as such, the scheme wins on three counts," said Nick. "It'll be an enormous help to road safety, it'll help economic stimulation which is much-needed at this time, and it'll help keep heavy lorries off village roads, which is what residents asked for, and what local councillor Paul Irwin has campaigned tirelessly for."

Contractors, who started in January and have been working through the coronavirus emergency using social distancing and strict health and safety measures, finished three of the four arms of the roundabout earlier this month (June). 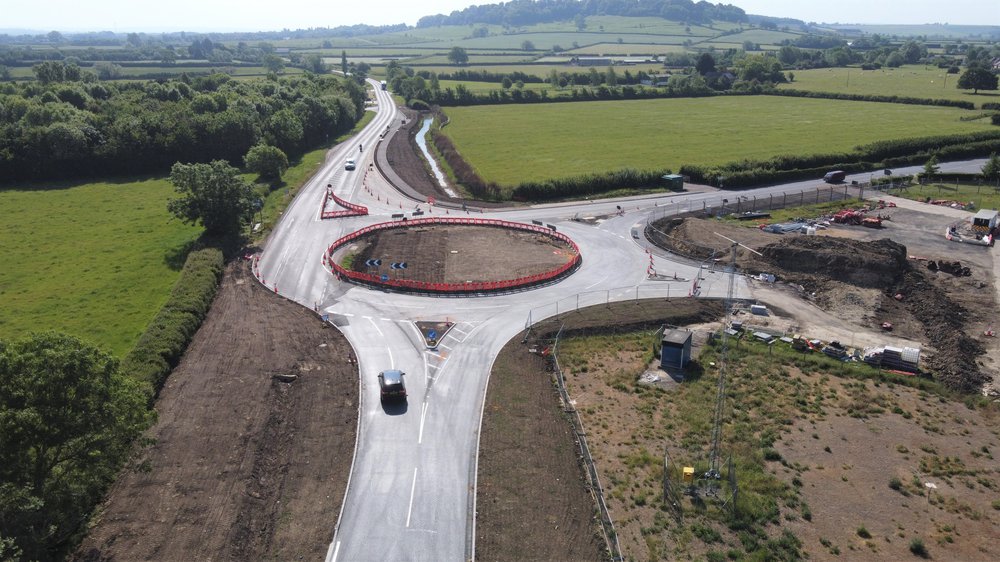 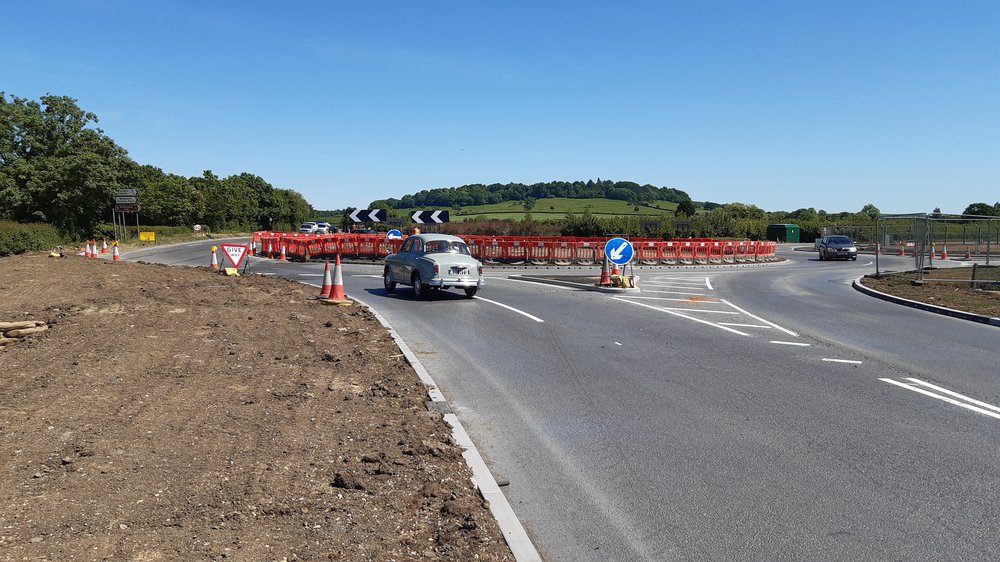 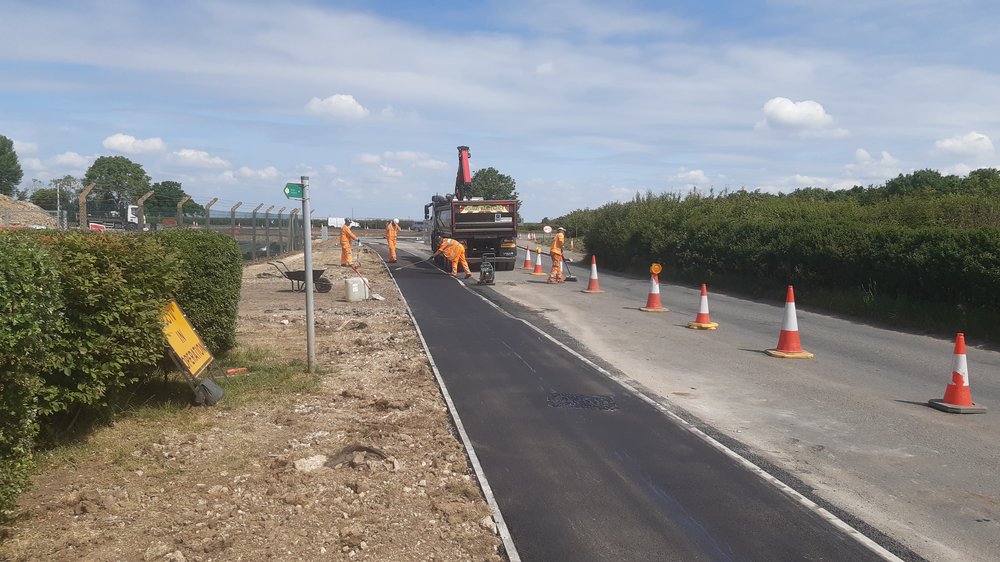 Contractors, self distancing, complete work on a footway at Westcott roundabout